the Belt and Road > Investment 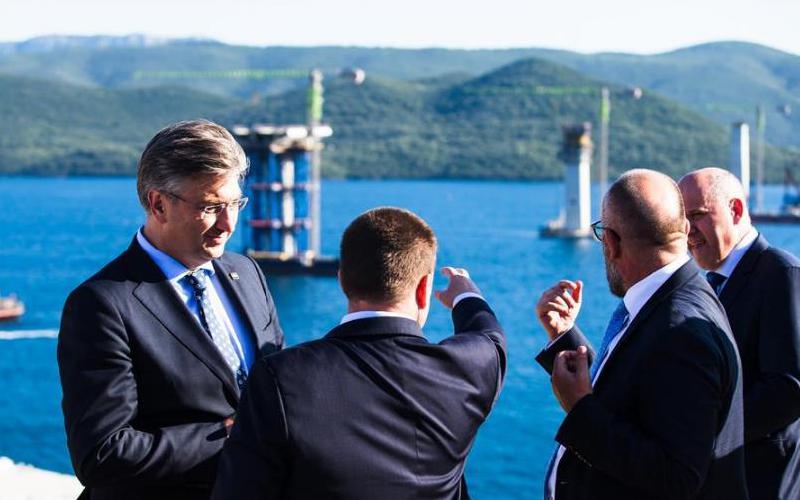 ZAGREB, May 25 (Xinhua) -- Croatian Prime Minister Andrej Plenkovic said on Monday that he is glad to see the progress in the construction of the Peljesac Bridge despite the COVID-19 outbreak.

A Chinese consortium led by China Road and Bridge Corporation (CRBC) won the bid for the first phase of the bridge and its access roads in January 2018, with a promise to finish the job in 36 months. Construction officially kicked off in late July 2018 and has been progressing well since then.

"This project will connect Croatian territory once and for all. For all of us, and especially for our colleagues and friends from Dubrovnik-Neretva County, it means the equal status of that county in the territorial organization of Croatia," Plenkovic said, noting that the bridge is one of the most important investments in the country.

Plenkovic told reporters that due to the COVID-19 epidemic, Croatian experts couldn't travel to China to follow the production of certain parts of the bridge, which could postpone the completion of construction for two or three months. He said that the Chinese company is ready to make a further effort to finish the European Union-funded project on time.

Oleg Butkovic, Minister of the Sea, Transport and Infrastructure, told RTL television on Monday that the construction of the bridge hasn't stopped during the COVID-19 epidemic and that the bridge and the connection roads should be finished by the end of next year at the latest.

Lu Shengwei, representative of CRBC in Croatia, told Xinhua that Croatian officials were satisfied with what they saw during the visit. According to Lu, there are currently 500 people working on the project, and the contractor has been taking stringent measures against the possible outbreak of COVID-19 at the construction site.

On Saturday, the Chinese contractor successfully installed the first steel box girder, an important bridge part that upholds the road surface on the piers.

Over 20,000 people rally for higher salaries for Croatian teachers