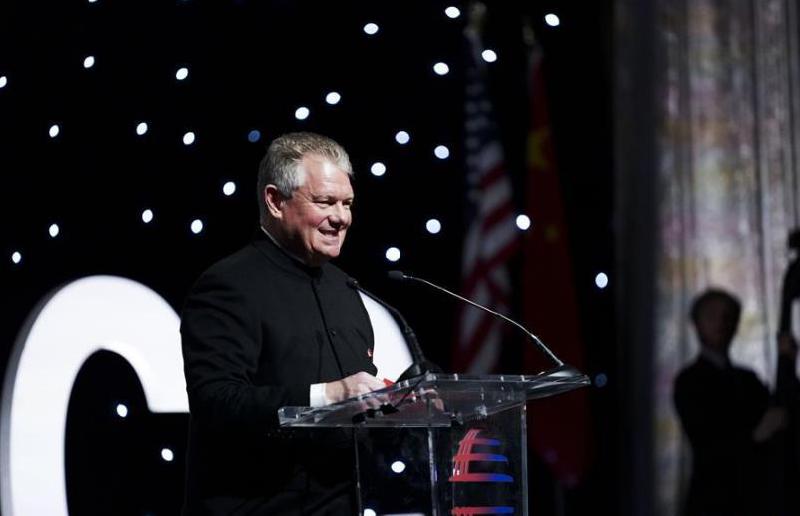 NEW YORK, Jan. 11 (Xinhua) -- U.S.-based multinational non-alcoholic beverage giant The Coca-Cola Company looks forward to forging closer ties with China which is expected to become the biggest market of the company, according to head of Coca-Cola's operations in Chinese, Korean and Mongolian regions.

Coca-Cola's Chinese business could be ten times larger and Coca-Cola would focus on China, said Ferguson.

Efforts would be made to grow Chinese market size into Coca-Cola's largest one in the world, according to Ferguson.

Coca-Cola's sales volume in China has been the company's third largest in the world since 2008, according to The Coca-Cola Company.

After the beverage manufacturer returned to the Chinese market in 1979, Coca-Cola now has its largest research and development center in Shanghai and operates 45 plants across China, employing 47,000 workers.

Last year, Coca-Cola's Chinese business saw double-digit growth for the third year in a row and ranked as the number one contributor of growth in the company, according to Ferguson.

Coca-Cola is looking at traditional Chinese medicine, dairy and more business opportunities. "We're finally gonna figure out how to sell tea to the Chinese," Ferguson told Xinhua on the sidelines of the gala.

Coca-Cola is launching new products based on pure natural tea and also expanding to coffee business by acquiring the world's second largest coffee chain Costa Limited, according to Ferguson.

Chinese consumers are getting more and more demanding and embracing digital revolution, according to Ferguson, adding the Chinese want more customization.

"We've been in China forty years and we want to talk about recoupling," said Ferguson, adding China and the United States have so much to offer each other.

Trade tensions between the United States and China since 2018 caused a risk of de-coupling. However, the two countries have recently reached a first phase trade deal.

"The Coca-Cola Company does not like tariffs. We think it's a dislocation of trade. Business likes certainty. And we want that certainty to continue," said Ferguson.