[XFA Focus]
○State Council executive meeting promotes Internet Plus, chips R&D to speed up
------
Chinese Premier Li Keqiang chaired the executive meeting of the State Council on June 24 and the Instructions on the “Internet Plus” Campaign was passed at the meeting. It specified the development targets and tasks in advancing the Internet Plus and promoting entrepreneurship and innovation, coordinated manufacturing, modern agriculture, intelligent energy, inclusive finance, public services, efficient logistics, e-commerce, convenient transportation, green ecology, artificial intelligence and other new industries can form new industries. The meeting also proposes various supporting policies to implement new hardware projects to support the Internet Plus and accelerate the research and development of core chips and high-end servers.

Comment: Chips are considered as the core of electronic equipment. However, the “core industry” in China has been heavily relying on imports for a long time. The U.S. even prohibited the sale of Xeon chips to China’s supercomputers in April. Currently, China attaches great importance on the domestic production of chips. The state integrated circuit fund with hundreds of billions of yuan has been established and it has made huge investments. Among A-share companies, China Zhenhua (Group) Science & Technology Co., Ltd. (000733.SZ) is a central enterprise. It substantial shareholder enjoys a strong competitiveness in the CPU and interchanger chips industry. It was bought by three institutes on the trading volume ranking list on June 23. The military engineering and intelligent card chips of Tongfang Guoxin Electronics Co., Ltd. (002049.SZ) saw rapid growth.

◆75 percent loan-to-deposit ratio of commercial banks removed
------
The executive meeting also passed a draft amendment to China’s Banking Law that removes the 75 percent loan-to-deposit ratio stipulation. It will come into effect after the deliberation of the Standing Committee of the National People’s Congress and is expected to be implemented in July at the soonest. Analysts believe that the change has been expected by the banking industry for a long time. It will improve the financial transmission mechanism and strengthen financial institutes’ ability in expanding loans to agriculture, rural areas and farmers as well as small and micro enterprises.

[XFA Selection]
○ The National Development and Reform Commission (NDRC) publicized the projects failed to initiate construction in 13 provinces and regions on June 24. The move is to stabilize investment and promote stable growth.
○ Shanghai Customs proposes various new systems to deepen the reform and innovation of the free trade zone at a press conference on June 24 to support the construction of the Shanghai Science and Technology Innovation Center.
○ The State-owned Assets Supervision and Administration Commission of the People’s Government of Guangxi Zhuang Autonomous Region convened a work conference on the preparation of the 13th Five-year Plan. Local instructions on the state-owned assets reform raised various targets on reorganization.
○ Beijing Aerospace Changfeng Co., Ltd. (600855.SH) denied the rumor about the listing of its subsidiary Aerospace Changfeng Chaoyang Power Co., Ltd. It indicated that it visited local government in late June and did not mention listing matters.
○ The China Securities Regulatory Commission (CSRC) approve the IPO applications of 28 enterprises on June 24. Guotai Junan Securities Co., Ltd. will be listed for trading on June 26.

[Industry Information]
○Leading group on national manufacturing power construction established, industrial transformation to come into operation
------
www.gov.cn released a notice on June 24 that the State Council has determined to establish a leading group on national manufacturing power construction with Ma Kai, vice-premier of the State Council, as the head of the group. The main responsibilities of the group include coordinating the overall work on the national manufacturing power construction, deliberating and passing significant plans, policies, special projects and important work arrangement on advancing the development of the manufacturing industry, strengthening strategic planning, guiding all regions and departments in conducting work, coordinating important cross-region and cross-department matters and strengthening the supervision and inspection on the implementation of significant events.

Comment: The establishment of the above leading group was included in the Made in China 2025 strategy released on May 18. It means that the plan on the transformation and upgrading of Made in China has come into operation, which will bring growth opportunities to relevant companies. Shenzhen Everwin Precision Technology Co., Ltd. (300115.SZ) announced in early June that it acquired 70 percent of Dongguan Songqing Intelligent Automation Technology Co., Ltd., which is professionally engaged in the research and sale of integrated industrial intelligent automation equipment and industry manipulators. Shenzhen Inovance Technology Co., Ltd. (300124.SZ) is developing special controllers for robots and high-end servers system to meet the demand for six-joint robot equipment.

○NPC Standing Committee deliberates draft of Law of Network Security, industry may see huge investments
------
The 15th session of the 12th Standing Committee of the National People’s Congress deliberated the draft of the Law of Network Security on June 24. The draft contains 68 clauses in seven chapters and makes specific system designs on guaranteeing the safety of network products and services, network operation, network date and network information.

Comment: The preparation of the draft means that China has made another stride in the legislation in network safety. The industry may see huge investments. The U.S. President Barack Obama submitted the draft budget of the federal government for 2016 in February, which arranged 14 billion U.S. dollars in protecting the safety of the governmental and private networks. Institutes estimate that with reference to the input of the U.S. government, the network safety defense in China will bring a market with nearly 100 billion yuan every year. Among listed companies, Venustech Group Co. Ltd. (002439.SZ) and Nsfocus Information Technology Co., Ltd. (300369.SZ) are engaged in businesses related to network safety.

○Management of O-film Tech and Jiangnan Water complete shareholding increase plan
------
Shenzhen O-film Tech Co., Ltd. (002456.SZ) discloses that by June 24, the company’s core management team totally increases shareholding in the company by 2.57 million shares and promises that it will not transfer the shares within six months. O-film Tech recently announced to transform to Internet of cars. It announced on May 28 that the manager of its phase III staff shareholding plan had purchased 8.08 million shares of the company at an average price of 36.5 yuan per share. The latest closing price of the company is 40.3 yuan per share.

Jiangsu Jiangnan Water Co., Ltd. (601199.SH) announced that on June 23, part of its directors and senior management increase shareholding in the company by 665,700 shares at an average price of 35.61 yuan per share through trust plan. The shareholding increase plan has been completed. The latest closing price of the company is 39.79 yuan per share.

○Number of newly-added investors sees a month-on-month fall of 30 pct last week
------
Latest weekly report of China Securities Depository and Clearing Corporation Limited (CSDC) shows that investors’ enthusiasm in entering stock market was hit as the market experienced large adjustment last week. The number of newly-added investors between June 15 and 19 recorded 0.99 million, indicating a month-on-month fall of 30 percent. In addition, 1.24 million fund accounts were newly opened last week, meaning a month-on-month fall of 24 percent. Since large amount of capital flew into stock market to participate in IPOs, the securities margin saw a net inflow of 1.54 trillion yuan last week, setting a new record since the data was recorded from April, 2012. 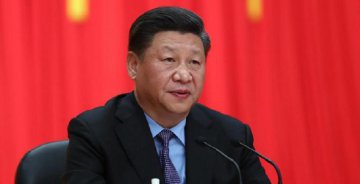