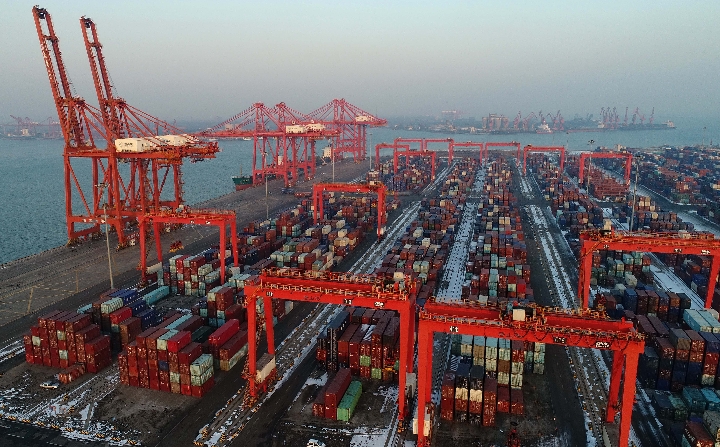 China's value-added industrial output, an important economic indicator, "held steady" in April with an expansion of 5.4 percent, the National Bureau of Statistics (NBS) said in a statement.

In the first four months, industrial output increased 6.2 percent year on year, the same pace as that for the whole year of 2018.

China's value-added industrial output is used to measure the output of large companies with an annual main business revenue of more than 20 million yuan (about 2.9 million U.S. dollars).

In a breakdown by ownership, the output of state-controlled enterprises went up 6 percent last month, joint-stock companies up 6.3 percent, and that of overseas-invested enterprises increased by 2.5 percent.

In April, the output of the high-tech manufacturing sector surged 11.2 percent, more than doubling the pace of overall industrial output growth.

The production of new energy vehicles and microcomputers grew 17.1 percent and 16.6 percent, respectively.

Last month, the manufacturing purchasing managers' index stood at 50.1, staying above the boom-bust line of 50.

Retail sales of consumer goods rose 7.2 percent year on year to over 3 trillion yuan, slowing by 1.5 percentage points from March.

Fixed-asset investment grew 6.1 percent year on year during the January-April period, down slightly by 0.2 percentage points from the first quarter.

"Investment has maintained steady growth, with that in high-tech industries continuing to post relatively fast growth," the NBS said.

NBS data also showed that 4.59 million new jobs were created in cities nationwide in the first four months, accomplishing 42 percent of the task for the whole year.

In April, the surveyed urban unemployment rate was 5 percent, down 0.2 percentage points from the previous month.

In the future, the country must implement the counter-cyclical economic adjustment in a timely and moderate manner, the statement said.

"[We should] intensify efforts to maintain stability in areas such as employment, financial sector, foreign trade, foreign investment, domestic investment, and market expectation, to boost sustained, stable and healthy economic development," it added.