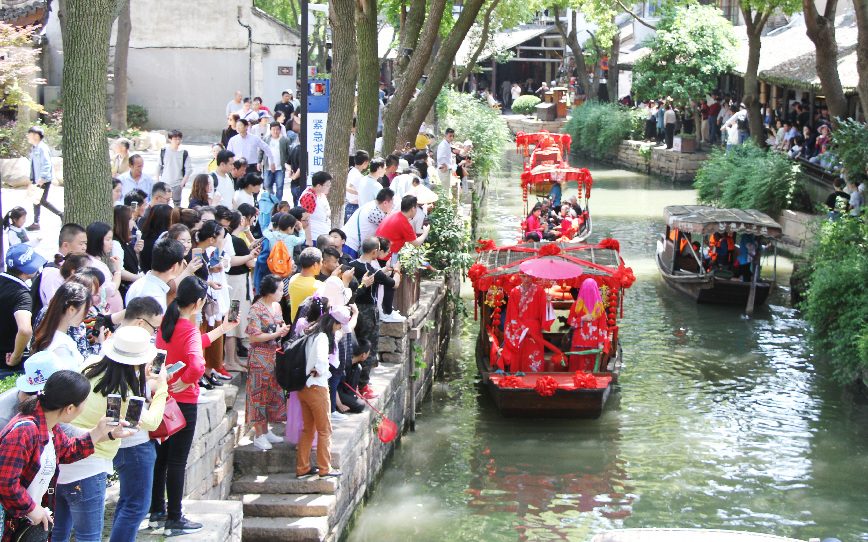 Tourists watch a demonstration of traditional wedding in the ancient town of Luzhi in Suzhou, east China's Jiangsu Province, May 3, 2019. (Xinhua)

Tourism and catering consumption prospered, with the revenue of the country's catering industry reaching 363.1 billion yuan (about 52.46 billion U.S. dollars), up 9.4 percent year on year, according to the ministry. 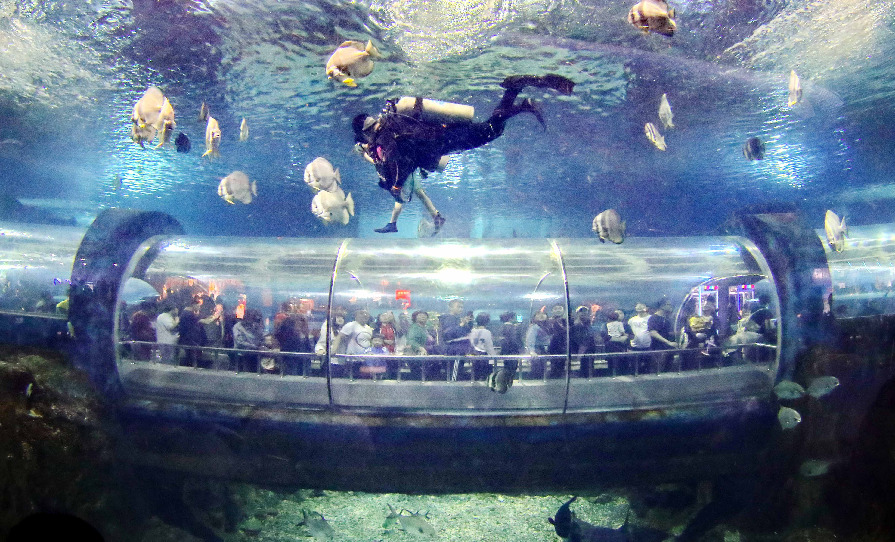 In May, online retail sales maintained robust growth momentum, the year-on-year growth rate of key MOC-surveyed enterprises stood at 17.8 percent, higher than that of department stores, supermarkets and shopping centers, according to the ministry.

The country's retail sales in May expanded 8.6 percent year on year, quickening from an increase of 7.2 percent registered in April, data from the National Bureau of Statistics (NBS) showed last week.

Consumption is now the biggest driver of the world's largest developing economy, contributing to over 65 percent of GDP growth in the first quarter of this year.

Chinese economy stays resilient in May on consumption growth