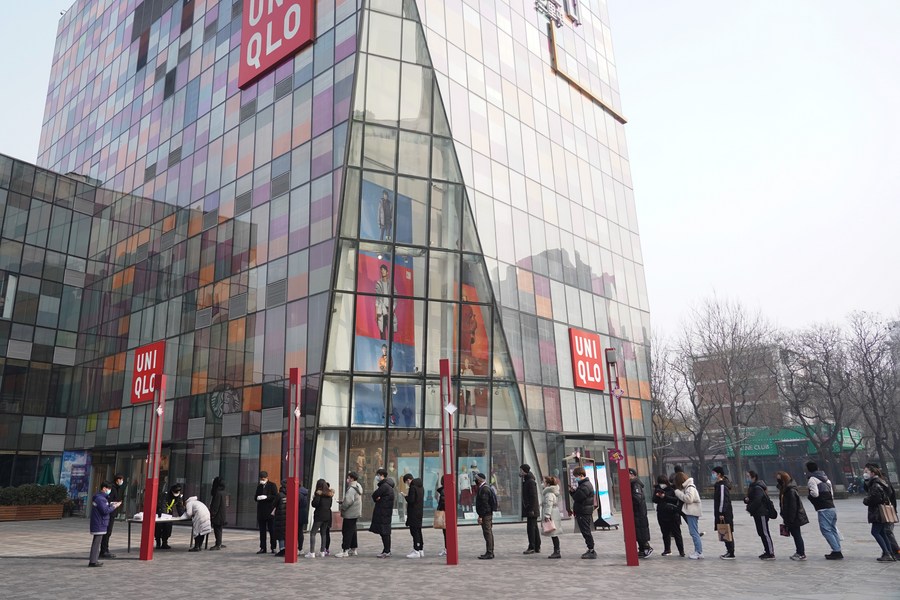 BEIJING, Sept. 9 (Xinhua) -- To enter shopping malls in Beijing, people need to show their health code on a mobile app. With a green code, they are free to enter the building; If the code goes red or yellow, the individual is quarantined.

The colored QR codes, run on platforms provided by private Chinese companies, indicate the health status and travel history of individuals and have played an important role in helping the country contain the spread of COVID-19.

China's private sector, which contributes over 60 percent of the country's GDP, is playing an increasingly important role in aiding epidemic control as well as economic recovery.

Big data technology powered by internet giants such as Alibaba and Tencent has assisted the sophisticated tracking of virus-carriers, and private insurance firm Ping An has leveraged artificial intelligence to help with the early diagnosis of COVID-19.

"The private sector has not only increased its contribution to China's economy, but also its role in society," said consulting firm McKinsey & Company in a report.

While the country's state-owned enterprises (SOEs) still play a critical role in epidemic relief and economic growth, COVID-19 might be accelerating structural reform to strengthen the role of the market, which further boosts the private sector, according to the report.

The latest data from customs showed that the private sector has been playing an increasing role in propelling trade growth. In the first eight months of the year, trade by private enterprises expanded 8.5 percent to 9.21 trillion yuan (1.35 trillion U.S. dollars), accounting for 45.9 percent of the total, up 3.9 percentage points from the same period last year.

To ease the financial strain facing many private enterprises, the country has reduced the reserve requirement ratio for small banks, which are the main sources of lending for many private firms.

Regulators have started to evaluate financial institutions in part by how much credit they offer to private and small firms as part of efforts to guide funds into these companies.

In the first seven months of this year, some 21,000 companies were established each day on average, official data showed.