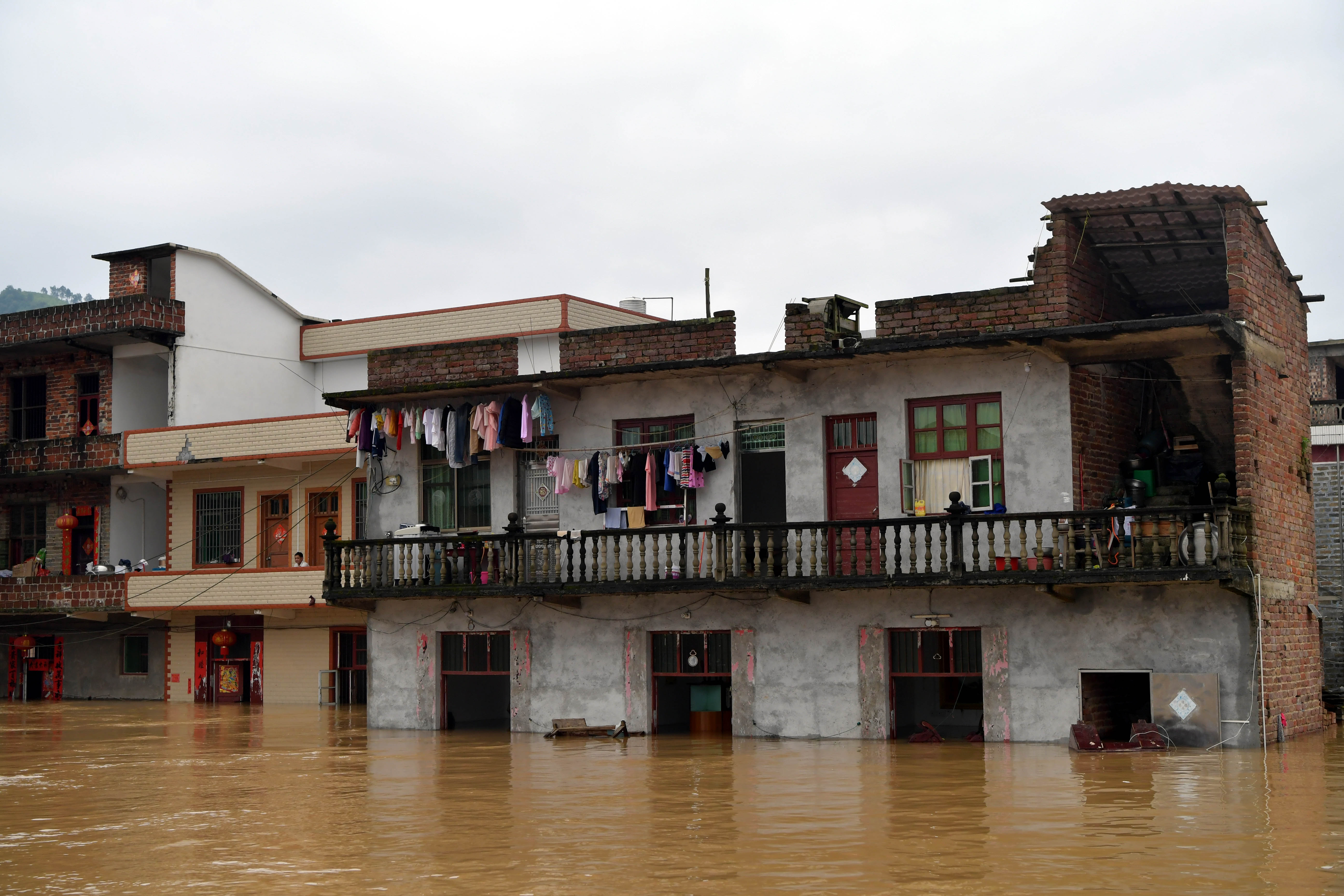 Starting Thursday, the heavy rain has led to nine cities of the province being inundated by floodwaters, said Jiangxi provincial emergency management bureau.