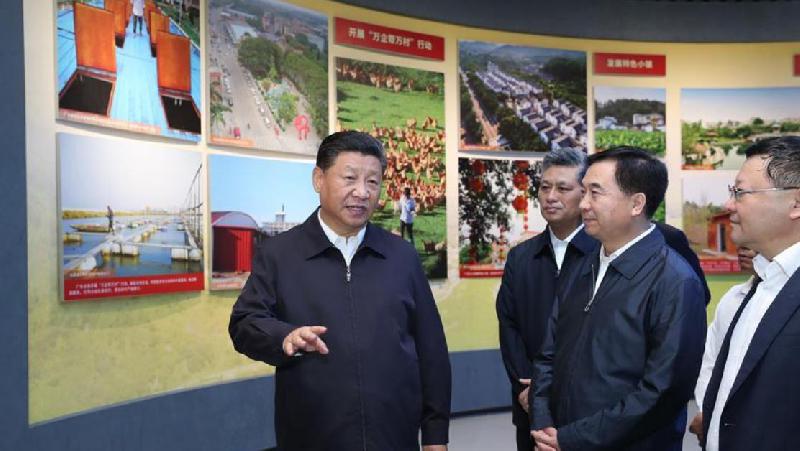 President Xi Jinping has called for building the country's pilot free trade zones (FTZs) toward new heights of reform and opening-up in the new era.

Xi, also general secretary of the Communist Party of China (CPC) Central Committee and chairman of the Central Military Commission, made the remarks in an instruction on the development of pilot FTZs.

The development of pilot FTZs is a strategic measure by the CPC Central Committee in advancing reform and opening-up in the new era and has become a milestone in the course, Xi said.

Premier Li Keqiang, also a member of the Standing Committee of the Political Bureau of the CPC Central Committee, said in an instruction that greater efforts were needed to advance the reform, opening-up and innovation of pilot FTZs with a new development philosophy under the guidance of Xi Jinping Thought on Socialism with Chinese Characteristics for a New Era.

It is necessary to focus on solving deep-rooted contradiction and structural problems, intensify overall planning of reform and continue to highlight institutional innovation, so as to accelerate the formation of new development and competitive advantages, Li stressed.

The premier also said it's important for pilot FTZs to accumulate more experiences that could be copied and spread on a larger scale, even nationwide, and to continue their pioneering roles in reform and opening-up.