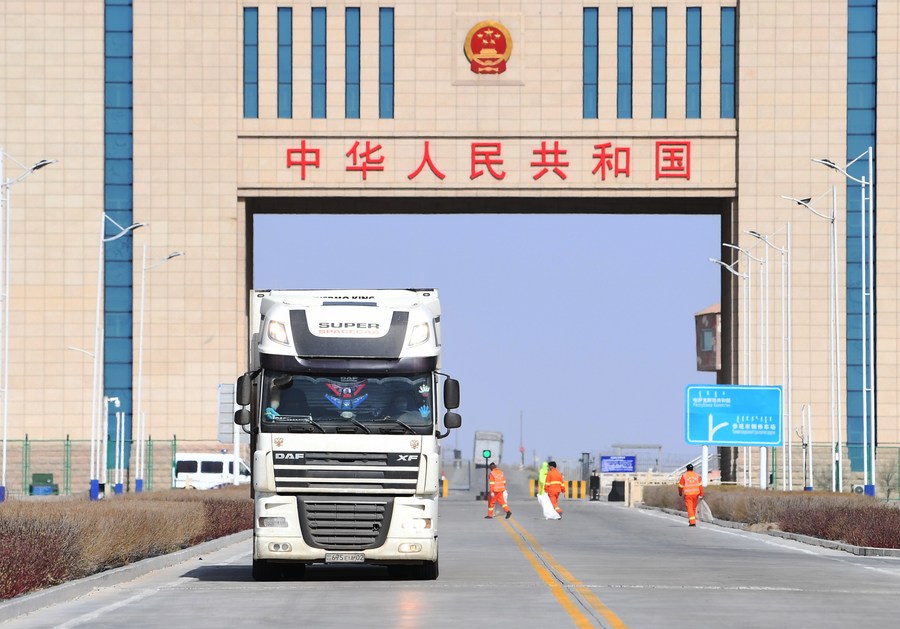 The number of China-Europe freight trains through Alataw Pass has picked up significantly this year. At present, 15 routes of such cargo trains run through the port, according to Yang Qian with the local customs.

Exported toys, furniture, clothing, daily necessities and other commodities in cross-border e-commerce parcels have been sent to Belgium, the Netherlands, Germany and other EU countries via the port.