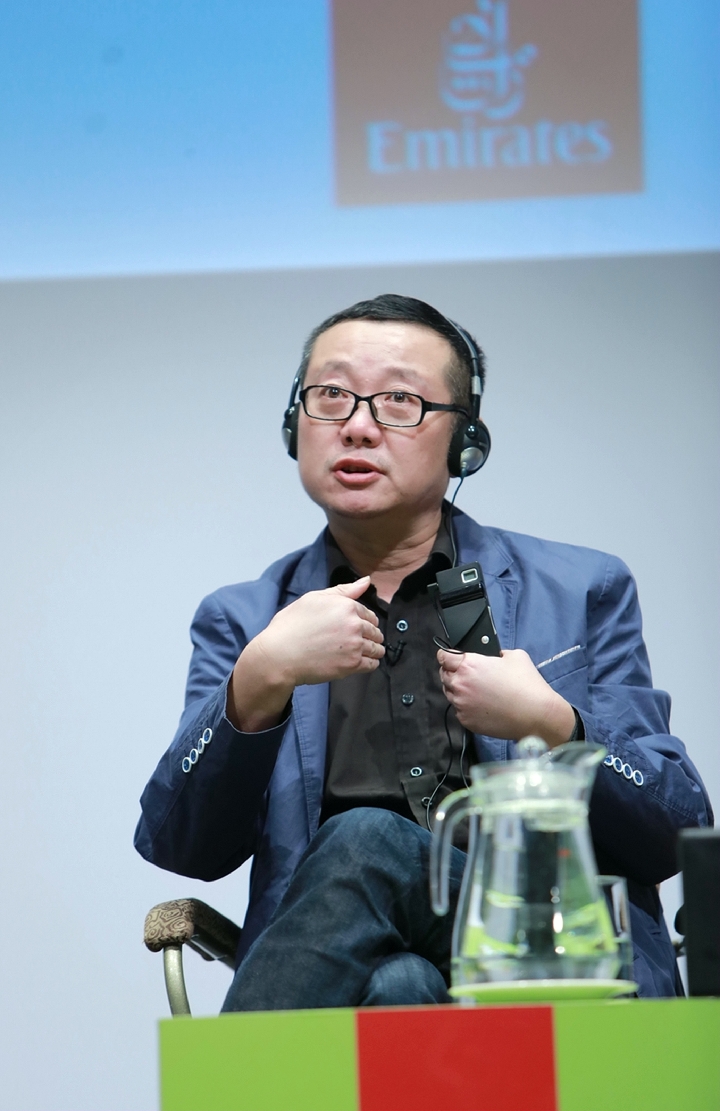 Chinese sci-fi writer Liu Cixin speaks during a meeting with his readers at the Emirates Airline Festival of Literature in Dubai, the United Arab Emirates (UAE), on March 8, 2019. (Xinhua)

BEIJING, May 27 (Xinhua) -- China's leading sci-fi writer Liu Cixin said the fast development of technology would in the long run bring a more united world, instead of pitting nations against each other.

Liu's works "Ball Lightning" and "The Three-Body Problem" have depicted the use of high tech by a nation or civilization to defeat a rival or block the other's scientific progress.

In the real world Liu paints a rosier picture. "Technology, especially information technology, is shortening the distance between nations and civilizations, allowing them to have interactions at an unprecedented level," he said at the sidelines of the two-day Another Planet Science Fiction Convention held in Beijing over the weekend.

"Technology is more likely to eliminate conflicts and disparities between nations and civilizations, and will eventually bring mankind closer together," Liu told Xinhua.

The Hugo Award winner also predicted a bright prospect for China's sci-fi sector, which despite its small scale at the infant stage, is entering fast-track development.

"Science fiction has started to attract more media attention, and the film and television industry are coming on the scene to bring more sci-fi works to China," Liu said.

But the industry was given strong impetus by the huge success of "The Wandering Earth," the movie adaptation of Liu's short story. Debuting during this year's Spring Festival in February, the Chinese blockbuster became China's second highest-grossing movie of all time.

Industry observers said a number of works by prominent Chinese sci-fi writers were now in the process of movie and TV series adaptation.

Liu said the sci-fi genre was aided by the Chinese public's surging interest in scientific development in recent years.

"In the past, advances in basic science rarely received much public attention in China, but in recent years the attention to news like gravitational waves and the black hole image has been phenomenal," he said.

"It is an exciting development for sci-fi writers that such frontier science breakthroughs, unrelated to real-life tech applications and the economy, can get so much attention, as sci-fi literature lays its very foundation in the sense of wonder brought by science."

Amazon to stop sale of facial recognition technology to government