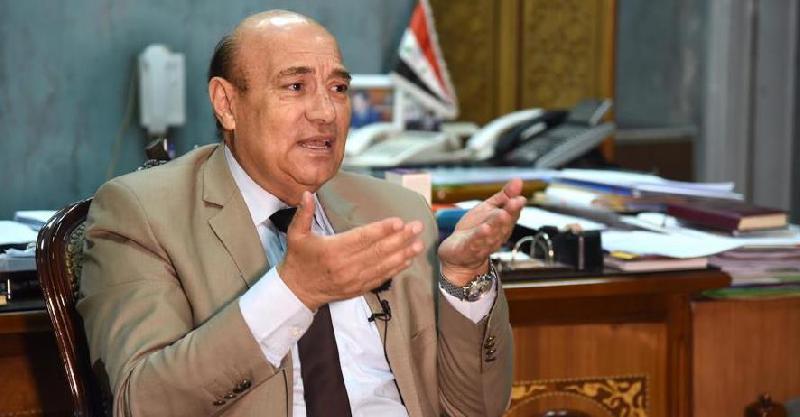 DAMASCUS, June 16 (Xinhua) -- The United States is literally launching an economic aggression by increasing tariffs and messing with Chinese companies, a Syrian politician and diplomat told Xinhua in an interview.

Mahdi Dakhlallah, member in the central leadership of Syria's al-Baath Party, said that the U.S. trade policy comes as "an aggression on norms of international trade system" during the time when amazing economic development is taking place in China.

The politician, who served as Syria's information minister from 2004 to 2006 and ambassador to Saudi Arabia in 2009, said that the Chinese role in the international trade arena is increasingly important, which makes the United States feel that it is no longer playing a leading role in global trade, so it began "carrying out an economic aggression and revenge."

He noted that the U.S.-China economic relations are entwined and any trade war would hold losses for both sides, but "the side which carries the aggression will suffer the biggest loss."

"If the U.S. imposed additional tariffs on cheap Chinese goods, the price of such goods would increase in the U.S. market and thus would weaken the livelihood of the middle and poor class," he said.

The politician also said the U.S. "trade protectionism" shall be "no longer acceptable in the world because it runs against the interests of other countries including the U.S. allies," and those countries would take countermeasures on U.S. goods, which eventually affects U.S. exports.

Regarding the U.S. move to impose sanctions on Chinese tech company Huawei, Dakhlallah pointed out that the United States is annoyed by China's development in the communication and information technology field, particularly in the 5G area.

"The U.S. accusation that China steals intellectual property is unfounded and merely an allegation," he said, noting that any U.S. court could file complaints according to existent laws instead of politicizing the sanctions against Chinese companies.

In the eyes of Dakhlallah, China is a creative country and seeks for peaceful development. "It started to show the creativity of the Chinese people and doesn't have aggressive intentions against other countries," he said.

"The most important standard in international law is equal sovereignty," he said, "that is, each country has sovereignty equal to that of the other."