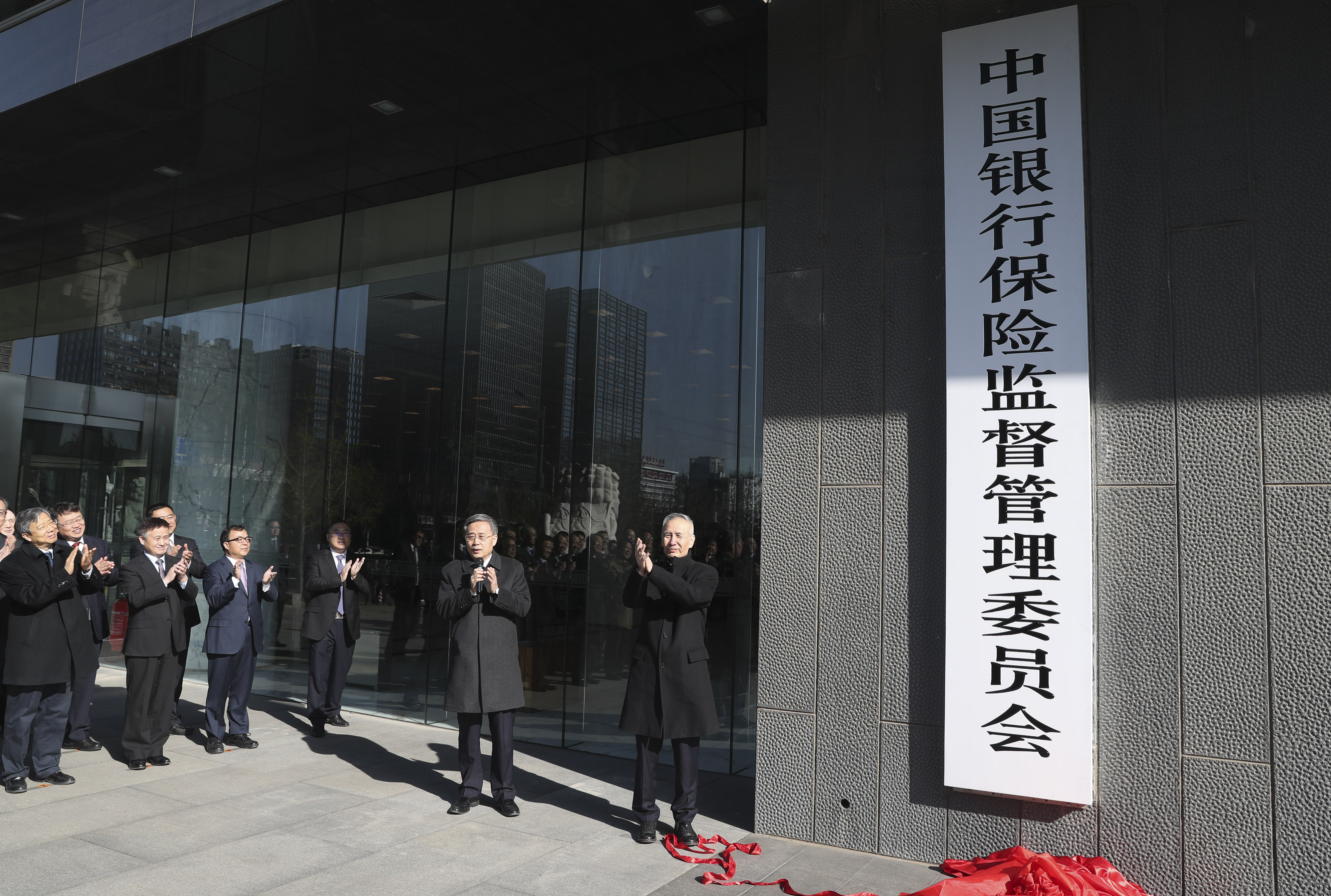 Chinese Vice Premier Liu He (1st R), also a member of the Political Bureau of the Communist Party of China (CPC) Central Committee, attends the inauguration ceremony of the China Banking and Insurance Regulatory Commission in Beijing, capital of China, April 8, 2018. (Xinhua/Ding Haitao)

BEIJING, June 9 (Xinhua) -- China's banking and insurance regulator is considering raising the upper limit of the proportion of capital that insurance firms can hold in equities, the regulator said Sunday.

The China Banking and Insurance Regulatory Commission (CBIRC) is "actively studying the issue", which aims to optimize the allocation of insurance funds, the CBIRC said in an interview with Financial News, a publication run by the central bank.

The regulator will roll out relative policies under the principle of prudential regulation, and give insurance companies more investment autonomy so they can better play to their strengths in long-term and value investments, the CBIRC said.