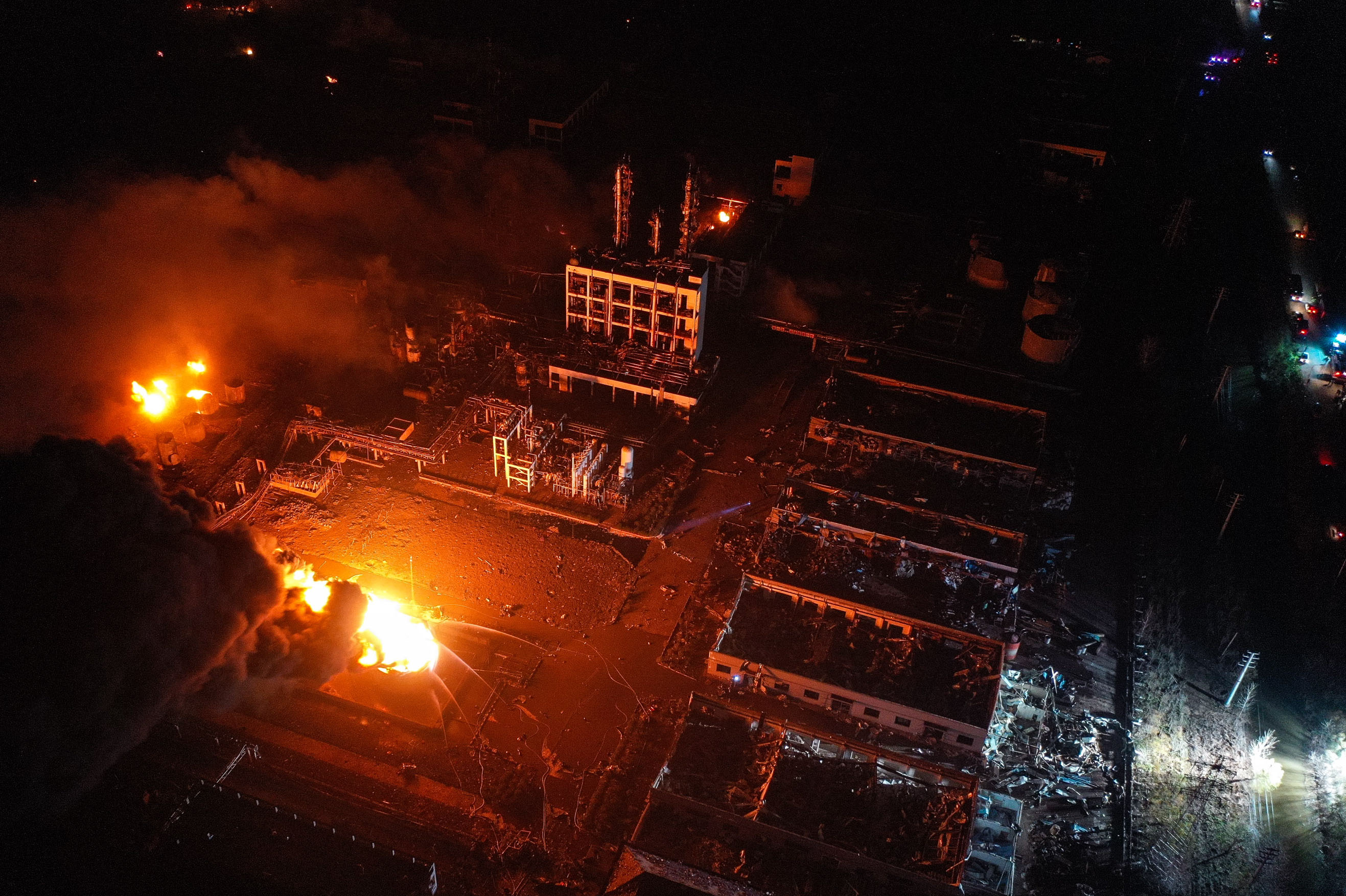 Aerial photo taken on March 21, 2019 shows the scene of an industrial park after an explosion in the city of Yancheng, east China's Jiangsu Province. (Xinhua/Ji Chunpeng)

NANJING, March 22 (Xinhua) -- Death toll has risen to 44 and 90 others were seriously injured after an explosion ripped through an industrial park Thursday afternoon in Yancheng, east China's Jiangsu Province, the rescue headquarters said Friday.

A total of 640 people are receiving medical treatment in hospitals. Among them, 32 are still in critical conditions and 58 others sustain severe injuries, according to the rescue headquarters.

The explosion happened at about 2:48 p.m. Thursday, following a fire that broke out in a factory located in a chemical industrial park. 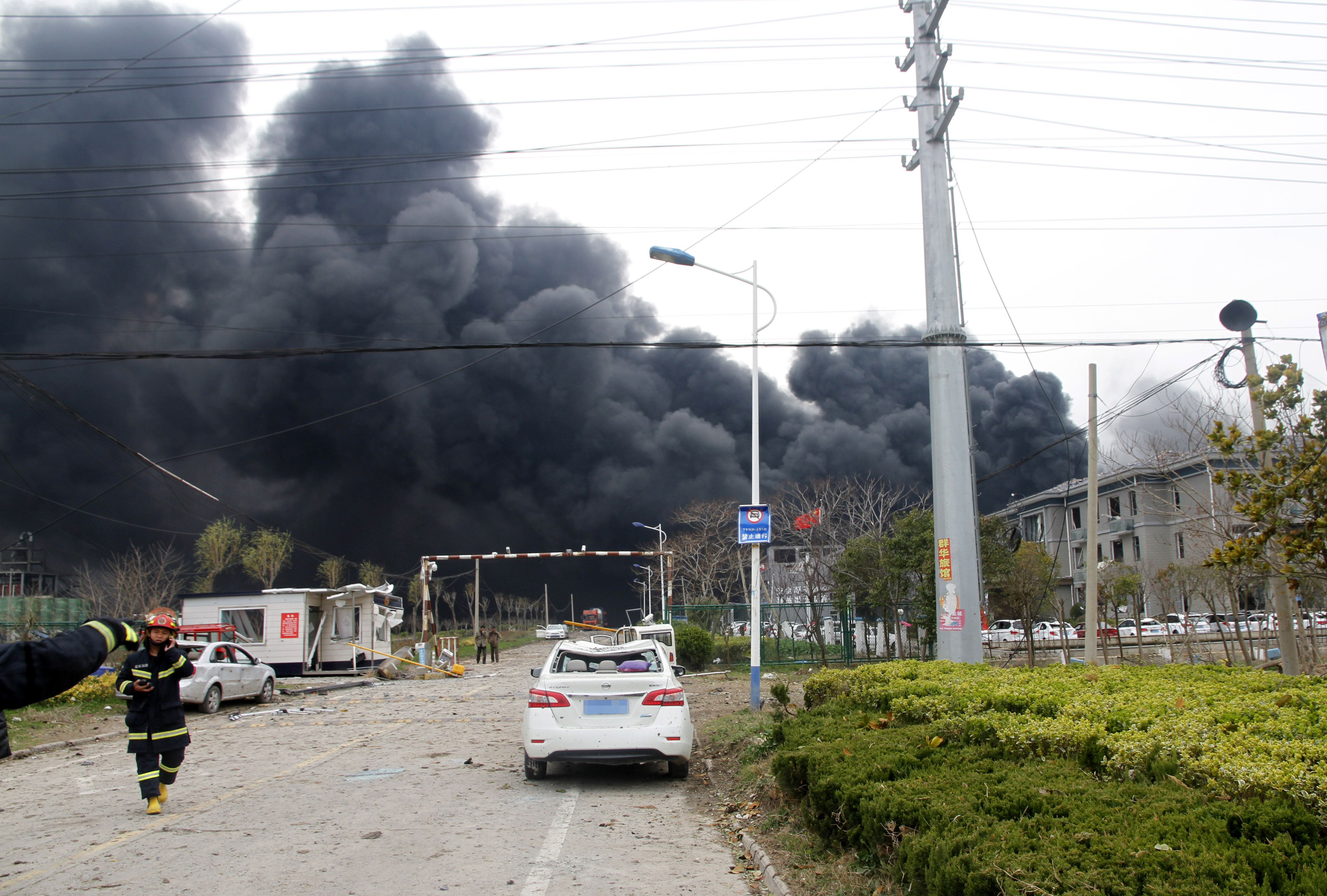 Photo taken on March 21, 2019 shows the accident site of an explosion at a factory located in a chemical industrial park in Xiangshui County of Yancheng, east China's Jiangsu Province. (Xinhua/Chen Feng)

Workers were trapped after buildings were knocked down by the shockwave, which also shattered windows of nearby residential houses. Witnesses said many workers were seen running out of the factory covered in blood after the blast.

The Ministry of Emergency Management has dispatched a team of experts to the site and urged all-out efforts in the rescue.