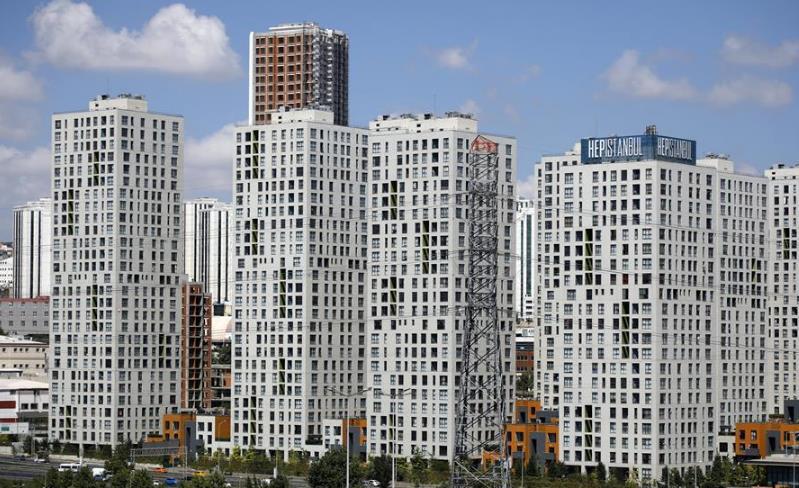 ISTANBUL, July 22 (Xinhua) -- Muttalip Iscan, a real estate agent, was fixing a "for sale" banner on the front window of a flat at an upscale neighborhood of Istanbul on Tuesday while waiting for his next appointment.

"The business has seen a triple or even quadruple increase since the beginning of June with skyrocketing sales thanks to the reduction of the interest rate in housing loans by the state banks," Iscan told Xinhua.

Located at the heart of the Nisantasi neighborhood on the European side of the largest Turkish city, the 250-square-meter flat was put on sale for 7 million Turkish liras (1.02 million U.S. dollars) a month ago.

"I was very concerned when I first hung the banner, fearing that the price would be quite high under the harsh economic conditions during the COVID-19 pandemic," he said.

But soon after, he started to receive lots of calls from his potential customers intending to purchase the flat. A family of four told Iscan that they wanted to buy the flat and asked for the deeds to conduct final legal inspections.

The housing sales across Turkey tripled year on year in June to 190,012, up from 61,355 in the same month of the previous year, according to the latest figures released by the Turkish Statistical Institute.

Istanbul, with a population of more than 16 million, ranked first with the sale of 28,799 properties in June, the data revealed.

Meanwhile, the Cumhuriyet daily reported that despite the recent high housing sales, the decline in the country's construction sector has been continuing for the last three years.

In an article published on Monday, the daily said more than 360,000 workers have left unemployed during the past year, and the sector financially shrank by 14.3 percent year on year by September 2019.

For Metin Turkyilmaz, a freelance economy writer for the Dunya daily, the most significant problem in the sector is the increasing costs. In his view, without a meaningful decrease in expenses, sustainable growth would not be possible.

Turkyilmaz told Xinhua that the latest record sales could be a sign of recovery, but it would be too soon to comment without seeing their effects on generating new investments.

Speaking of the low loans offered by the state banks, Turkyilmaz said they are not sustainable and many might soon start to have difficulty in paying their debts, which could put the state treasury in stress in the near future.

In Iscan's view, the recent efforts of the state banks have been a good indication for the future of the sector as the sales would boost the flow of capital.

"For the constructors to invest in new projects, they must first sell the houses from the stock and earn money," he said.