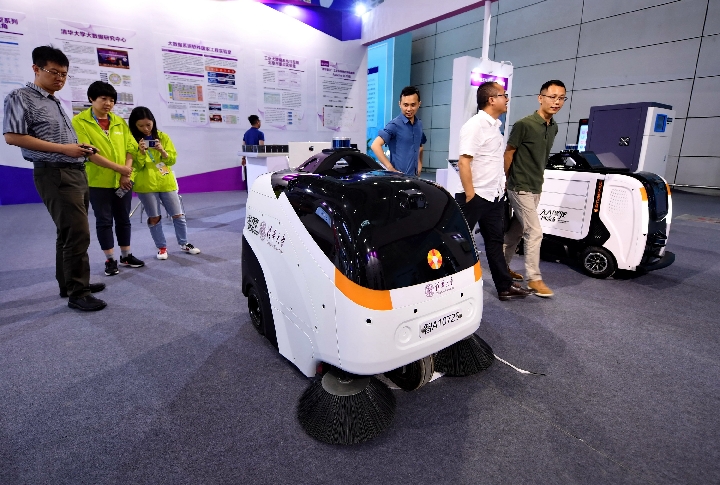 FUZHOU, May 6 (Xinhua) -- The second Digital China Summit opened Monday in eastern China's Fujian Province, offering a glimpse into the latest trends in digital technologies that are being rapidly deployed by the country's government units and companies.

The Chinese government has expected information technologies to nurture new economic engines and upgrade old industries as the country shunts from the high-speed economic growth to the path of high-quality development.

A report reviewing the country's digital development in 2018 was issued at the opening of the summit, pointing to rapid growth in sectors including electronic information manufacturing, software service, communications and big data.

Provincial-level e-government platforms have also slashed time for getting government permits by an average of 30 percent, the report noted.

Trendy technologies from driverless vendor vehicles and facial recognition security checks to 5G networks are being used at the event in the city of Fuzhou. A number of tech companies are displaying their cutting-edge products including Baidu's driverless vehicles, Huawei's AI chip "Ascend" and Foxconn's "future factories."

China's digital economy reached 31.3 trillion yuan in scale, accounting for one-third of the national GDP in 2018.

The summit from May 6 to 8 aims to serve as a platform for issuing China's policies on IT development and displaying the achievements and experience of e-government and the digital economy.

More than 1,500 officials, company representatives and scholars are attending the event, which is co-organized by the Cyberspace Administration of China, National Development and Reform Commission, Ministry of Industry and Information Technology and Fujian provincial government.