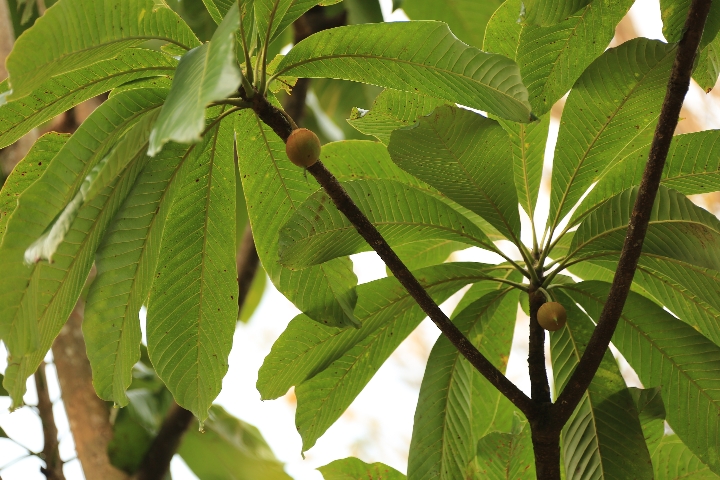 The olives were transplanted for protection from the construction site of a hydropower plant close to Ruili city in 2005, said Zhao Jianming, a senior engineer with the Ruili forestry and grassland bureau.

In 1997, China launched the first national survey of wild plants under key protection, however, several field investigations failed to find the Yunnan-Tibet olive, one of the target species.

With only 11 spotted in the wild, scattered in the southwestern part of the province, the Yunnan-Tibet olive is a rare evergreen tree species native to China and is under top protection in Yunnan.

Six Yunnan-Tibet olives were spotted in the construction area when their finder, a professor from Southwest Forestry University, suggested that three of them be removed and replaced to avoid damage.

"Now they grow well and one of them has borne fruit, which shows that the rare species adapted to its new habitat," Zhao said.

Forestry technicians in Ruili rare plant botanic garden have bred the plant with cuttings in recent years, expanding the population to more than 300, Zhao added.