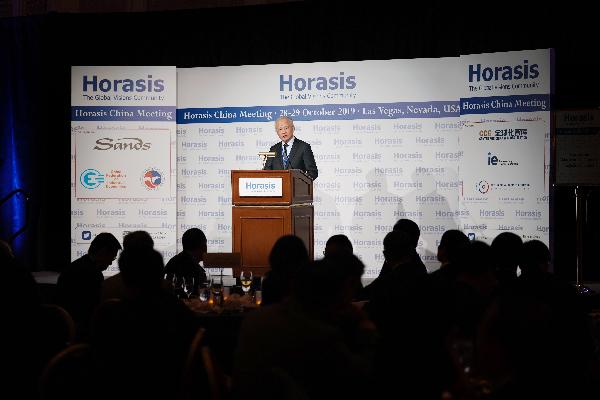 China and the United States must do more to build strong diplomatic and commercial ties to strengthen the overall relationship, said officials and entrepreneurs from both countries at an international conference here on Tuesday.

Given the uncertain relationship between the world's two largest economies, participants stressed the necessity of stronger ties between them, as they concluded the two-day Horasis China Meeting.

"I got a strong sense from delegates that while there remain tensions in the U.S.-China trade dispute, strong diplomatic and commercial relationships will help foster prosperity in both nations, as well as globally," said Frank-Jurgen Richter, chairman of Horasis, an international think tank.

Participants also identified trade and many other critical areas as where the two countries should work together, saying that the United States and China should help the world transit towards more stable, powerful and sustainable development.

Key areas like trade and cultural exchange require more cooperation, and the two countries should "cooperate on things such as terrorism and other types of issues to make sure that everybody has the opportunity to have that peaceful world," said Nebraska Governor Pete Ricketts.

Participants from both public and private sectors also noted that both China and the United States stand to gain from cooperation and lose from confrontation.

"I think it would be good for us all to take a little bit of advice from Horasis and spend a little more time talking and a little less time fighting," said Nevada State Treasurer Zach Conine in an interview with Xinhua.

Even though the business communities were optimistic about a deal in the medium to long term, they hoped for more progress through cooperation between the two countries, said Saruhan Hatipoglu, CEO of business research firm BERI.

Based in Zurich, Switzerland, Horasis hosts annual meetings to advance solutions to the most critical challenges facing corporations. It is scheduled to hold the Horasis Asia Meeting in Vietnam in November.