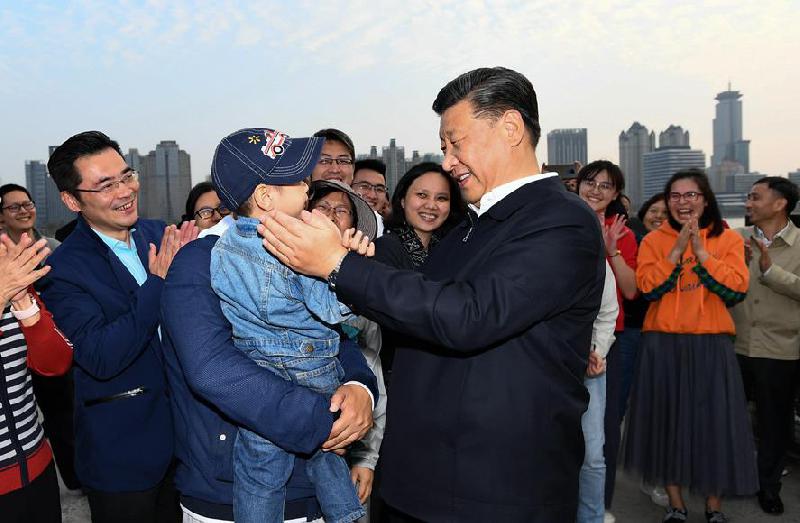 SHANGHAI, Nov. 3 (Xinhua) -- Xi Jinping, general secretary of the Communist Party of China Central Committee, said that the concept of people-centered development must be carried out in urban construction.

Xi made the remarks during an inspection tour in China's economic hub Shanghai Saturday.

"The cities are built by the people and are for the people," Xi said while visiting a section of the Yangshupu Waterworks located in Yangpu Binjiang public space.

People now have a sense of happiness and gain as the previous rust-belt area, which had witnessed Shanghai's century-old industrial development, has now turned into a beautiful livable zone, Xi said.

Xi called for efforts to reasonably arrange the space for production, living and ecological purposes and expand public space so that the public would have places for leisure, fitness and entertainment.

"We should let the city become a paradise for the public to comfortably live and work in," Xi said.