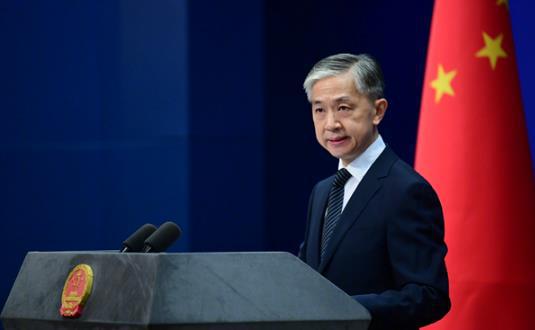 BEIJING, Aug. 5 (Xinhua) -- The United States is not qualified to build a coalition of "clean countries" because the country itself is dirty all over, Chinese State Councilor and Foreign Minister Wang Yi said Wednesday.

During an exclusive interview with Xinhua, Wang said the United States has launched a global campaign against a private Chinese company without any solid evidence, calling the move a textbook example of bullying.

Everyone can see easily and clearly that the U.S. goal is to keep its monopoly in science and technology and deny other countries the legitimate right to development, Wang said.

"The United States doesn't even bother to disguise its bullying," he said, adding that it not only violates the international rules of fair trade, but also hurts the free global market environment.

Noting that the United States conducts wire-tapping and mass surveillance around the globe, and that these wrongful acts are already an open secret, Wang said the United States is not qualified to build a coalition of "clean countries" because it is dirty all over.

China will continue to work with all countries to maintain a fair, just, open and non-discriminatory business environment, and ensure that safe, reliable and quality information technology will boost global economic recovery and help improve people's lives around the world, he said.

"We hope that the United States will give up its obsession with its narrow self-interest, and return to the right track of openness and cooperation," Wang said.