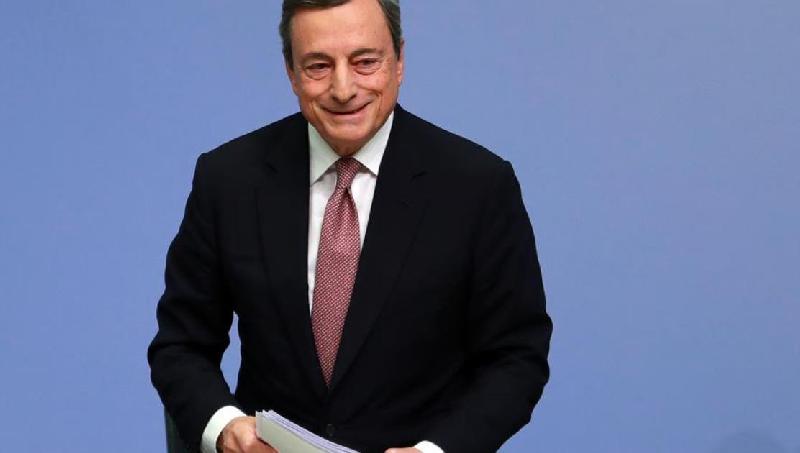 The European Central Bank (ECB) on Thursday decided to maintain the key interest rates for the euro area unchanged.
The eurozone base interest rate will remain at 0.00 percent, with the marginal lending rate and deposit rate remaining at 0.25 percent and minus 0.40 percent respectively.
In line with the forward guidance released after last ECB Governing Council meetings in June and July, the ECB continued to expect that the key interest rates will remain at their present levels at least through the summer of 2019, and in any case for as long as necessary to ensure the continued sustained convergence of inflation to levels that are below, but close to, 2 percent over the medium term, said the bank.
ECB reaffirmed that the monthly net asset purchases will be cut to 15 billion euros (17.54 billion U.S. dollars) from October until the end of December 2018 and that net purchases will then end, which is yet subject to incoming data confirming medium-term inflation outlook.
"But let me make clear that it's - when we stop, this doesn't mean that our monetary policy stops being accommodating," ECB President Mario Draghi said Thursday at a press conference, underlying that the amount of accommodation will remain very significant, through reinvestment policy, forward guidance and interest rates.

ECB lowered slightly its forecasts for Eurozone's economic growth this year and next to 2 percent and 1.8 percent respectively, mainly due to a somewhat weaker contribution from foreign demand.
The risks surrounding the euro area growth outlook could still be assessed as broadly balanced, said Draghi.
He reminded that risks relating to rising protectionism, vulnerabilities in emerging markets and financial market volatility have gained more prominence recently.
Meanwhile, there are also upside risks like less neutral fiscal policies, improvement in the labour market and the rise in wages, which will underpin economic expansion in the euro area.
ECB kept its inflation forecast for euro area in following years till 2020 unchanged, namely the Harmonised Index of Consumer Prices (HICP) will grow by 1.7 percent annually.
As uncertainty around the inflation outlook is receding. underlying inflation is expected to pick up towards the end of the year and thereafter to increase gradually over the medium term, supported by our monetary policy measures, the continuing economic expansion and rising wage growth. Draghi pointed out.
Responding to European Commission President Jean-Claude Juncker's appeal to promote euro as global currency, Draghi said that ECB stands ready to cooperate with the EU Commission and member states on defining or enhancing the international role of the euro, even though it's not part of ECB's mandate.

​U.S. dollar ticks up on expected hike of interest rate