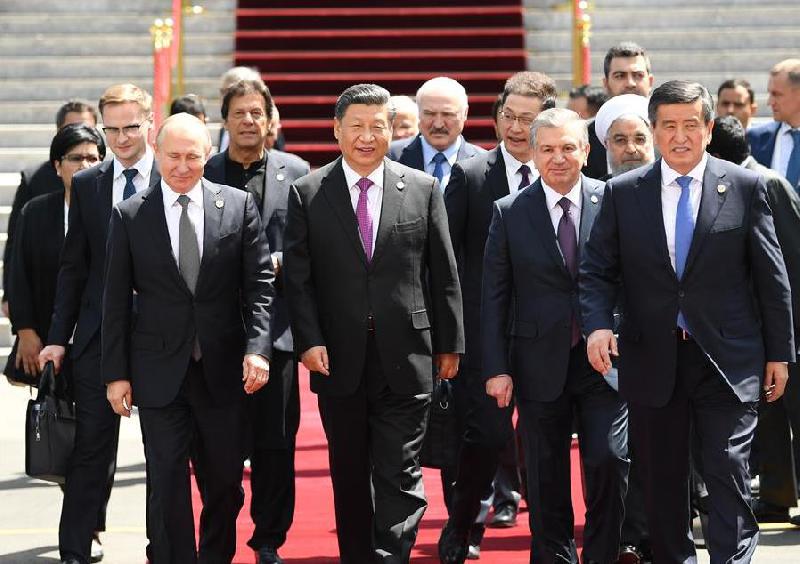 During the five-day trip, Xi also attended the 19th summit of the Shanghai Cooperation Organization (SCO) in Bishkek and the fifth summit of the Conference on Interaction and Confidence Building Measures in Asia (CICA) in Dushanbe.

It was a visit of cementing good neighbourliness and friendship, of jointly building the Belt and Road, of promoting the Shanghai Spirit, and of guiding Asian countries' cooperation, Wang said.

China and Central Asian countries, including Kyrgyzstan and Tajikistan, are connected by mountains and rivers and have a shared future, Wand said.

Xi's state visits to Kyrgyzstan and Tajikistan, he added, demonstrated the close friendship between the heads of state and the high level of China's ties with the two countries.

As the world is undergoing profound changes unseen in a century, China and Central Asian countries are confronting common development and security challenges, and need to build closer cooperative relations to better safeguard their respective and common interests, Wang added.

He noted that both in Kyrgyzstan and in Tajikistan, the heads of state signed a joint statement on further deepening their countries' comprehensive strategic partnership, drawing a new blueprint for the future development of bilateral ties.

At the SCO summit, Xi called for concerted efforts to build the regional organization into a model mechanism of regional cooperation against the backdrop of the complicated international situation.

Xi's vision drew positive responses from other participating leaders, Wang said, adding that they also agreed to carry forward the Shanghai Spirit, promote cooperation in such fields as security, economy and people-to-people exchanges, safeguard the principles of international relations, support the construction of an open world economy, and jointly push for greater development of the SCO at a new starting point.

At the CICA summit, Xi envisioned an Asia featuring mutual respect and trust, security and stability, development and prosperity, openness and inclusiveness, as well as cooperation and innovation.

Xi's idea, said Wang, represented a broad consensus on the future development trend of Asia, enriched the connotation and denotation of the CICA, and provided both philosophical and directional guidance for regional cooperation.

At the two summits, Xi called on member states to implement the consensus reached at the Second Belt and Road Forum (BRF) for International Cooperation and further synergize the Belt and Road Initiative (BRI) and their respective development strategies.

Central Asia is where the BRI was initiated, Wang said, adding that Xi's visits to Kyrgyzstan and Tajikistan once again showed that China is taking concrete actions to push forward the Belt and Road construction at a higher starting point.

As the two countries are among the earliest supporters of and participants in Belt and Road cooperation, their cooperation with China has yielded fruitful results, noted the state councilor.

In recent years, China has signed cooperation documents with a vast majority of member and observer states within the frameworks of the SCO and the CICA to jointly build the Belt and Road, Wang said, adding that their development strategies have been gradually aligned, and that the results of the cooperation have continuously emerged.

During his attendance at the SCO and CICA summits, Xi held in-depth exchanges of views with other leaders on how to implement the important achievements of the second BRF, promote regional interconnectivity, and bolster development and cooperation, and they reached extensive consensus, Wang said.

That, he added, has injected new impetus into the high-quality joint construction of the Belt and Road.

The SCO and the CICA are both important platforms for China's diplomacy, Wang said.

During his visit, Xi pointed out that as a member of the Asian family and a responsible major country in the international community, China will steadfastly pursue a peaceful development path, and will never seek benefits at the expense of others.

China, added the president, will stick to opening-up and all-win approaches, share development opportunities with other nations, uphold multilateralism and safeguard the international order based on international law.

He reiterated that China will continue to be a builder of world peace, a contributor to global development and a defender of the international order, and push forward the construction of a new type of international relations and a community with a shared future for mankind.

Xi's viewpoints gained understanding and support from all other parties, Wang said, adding that it is generally agreed that Xi's ideas are closely related to the current situation, offer answers to key questions, reflect firm self-confidence, and demonstrate China's high sense of responsibility on international affairs.

The Central Asia tour, said Wang, was a major move by China to promote global partnerships, Belt and Road cooperation, and world peace and stability, and achieved expected goals and fruitful results.

＂Belt＂ of security & ＂Road＂ to development for SCO in challenging times