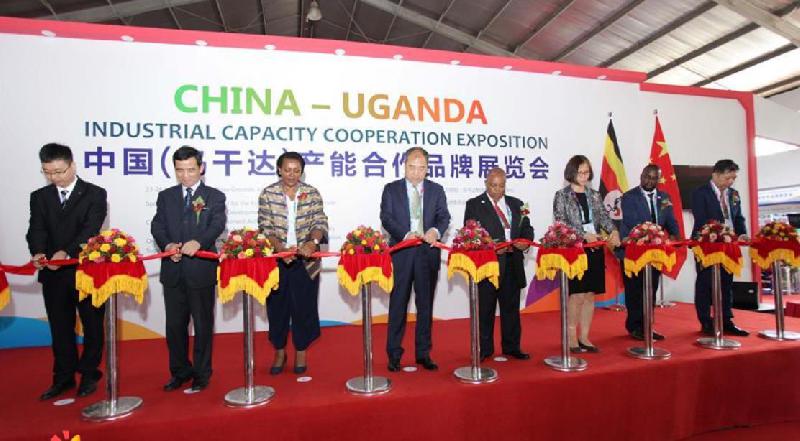 Forty-three enterprises from 12 Provinces in China are participating in the expo seeking to explore investment opportunities in the east African country.

Zheng Zhuqiang, Chinese ambassador to Uganda while speaking at the opening ceremony said he hoped that the Chinese experience will bring new opportunities to fast track Uganda's industrialization.

The envoy said that China's capital, equipment and technology will bring new opportunities for Uganda to accelerate its industrialization. "It is hoped that business representatives and exhibitors attending the expo will have in-depth exchanges, establish contacts and explore opportunities for development cooperation," Zheng said.

He noted that the embassy is working closely with the Ugandan government to implement the eight major initiatives that China announced last September at the Beijing Summit of the Forum on China-Africa Cooperation. The initiatives cover fields such as industrial promotion, infrastructure connectivity, trade facilitation, and green development.

Oliver Kigongo, president of Uganda National Chamber of Commerce and Industry, said the expo should be used as a platform to deepen the business cooperation between China and Uganda.

"I strongly urge all enterprises participating in this exposition to take advantage and realize serious business interventions related to the establishment of concrete trade and investment," Kigongo said.

The four-day expo is the third in Africa after such events were held in Kenya and Ethiopia in November and December 2018 respectively.