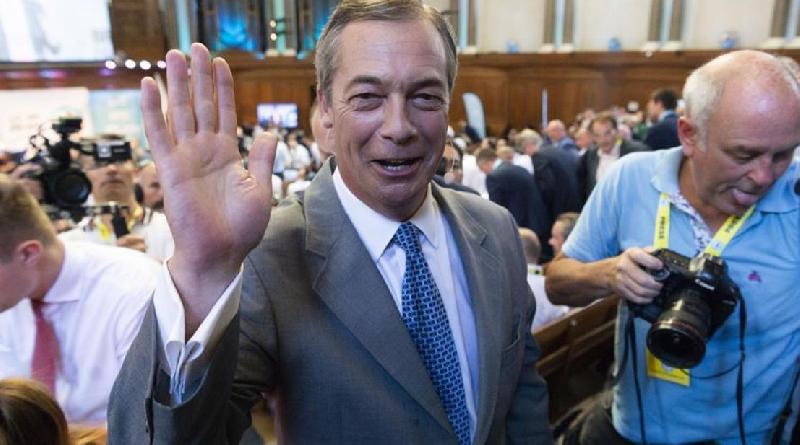 LONDON, Aug. 27 (Xinhua) -- Political opposition leaders at Westminster held their first joint meeting in London Tuesday, aiming at finding a way of stopping Prime Minister from taking Britain out of the European Union without a deal.

Corbyn has been calling for a vote of no confidence next month in Prime Minister Boris Johnson, in the hope of forming a temporary unity government which he wants to lead.

But in a joint statement issued by the party leaders after their meeting, it was clear a confidence vote had been shunted to the back burner.

Instead, Corbyn agreed to work with oppositions leaders at Westminster to prioritize opposing a no-deal Brexit using legislation. A no-confidence vote in the government was reserved as a last resort.

In the statement they said the leaders of the opposition parties held a productive and detailed meeting on stopping "a disastrous no-deal exit from the EU".

The advice called any plan by Johnson to suspend the British parliament to force through a no deal as "the gravest abuse of power and attack upon UK constitutional principle in living memory".

"The attendees agreed that Boris Johnson has shown himself open to using anti-democratic means to force through no deal," the statement added.

They also agreed on the urgency to act together to find practical ways to prevent a no deal Brexit, including the possibility of passing legislation and a vote of no confidence. The party leaders agreed to further meetings.

The House of Commons reassembles in a week's time after its long summer recess, when Johnson is likely to update MPs on the G7 meeting he attended in the French town of Biarritz as well as his meetings with EU leaders.

The Guardian newspaper said in its commentary of the meeting that the nuclear option of a no-confidence vote had been shelved until early October, just weeks ahead of the planned Brexit Day on Oct. 31.

Media reports of the private leaders' meeting said the politicians had also agreed to oppose a planned House of Commons shutdown for a second recess in September to enable MPs to attend the various annual party conferences.

SNP leader at Westminster, Ian Blackford said: "It was a positive and productive meeting, with opposition leaders committing to work together effectively to prevent a catastrophic no-deal."

He said MPs are ready to use all mechanisms to block a no-deal Brexit, including using legislation as a priority.

In another major development Tuesday, Nigel Farage said the newly formed Brexit Party plans to contest all 650 parliamentary seats in a general election.

Farage, who co-founded the anti-EU UKIP party, said the new Brexit party would be prepared to form a non-aggression pact with the Conservatives if Prime Minister Johnson pursues a no-deal a no-deal Brexit.

"If Boris Johnson is prepared to do the right thing for the independence of this country, then we would put country before party and do the right thing," he told a rally of more than 500 potential candidates in London.

Political commentators say the biggest fear for Johnson would be Brexit Party election candidates taking votes away from the Conservatives, threatening his chances of forming a majority government.

Johnson returned to 10 Downing Street Tuesday after his visits last week to Germany and France.

He said on his social media site as he returned to No 10: "The referendum result must be respected. We will leave the EU on 31st October."

It was a signal that nothing discussed in Berlin, Paris or Biarritz has changed his mind about Britain's departure date with, or without a deal on October 31.

Britain, Germany agree on Brexit with deal, differ on approaches

Britain to boycott most EU meetings from Sept. 1, gov't says

Brexit chaos dossier dismissed by Cabinet minister as out of date