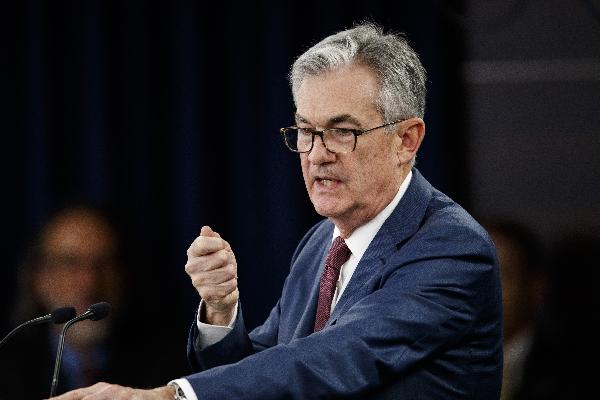 The Federal Open Market Committee (FOMC), the Fed's rate-setting body, trimmed the target for the federal funds rate to a range of 1.5 percent to 1.75 percent after concluding its two-day policy meeting, largely in line with market expectation.

"We took this step to help keep the U.S. economy strong in the face of global developments and to provide some insurance against ongoing risks," Fed Chairman Jerome Powell told reporters at a press conference Wednesday afternoon, highlighting the risks of slowing global growth, trade policy developments, as well as muted inflation pressure.

Despite strong household spending, business investment and exports "remain weak," and manufacturing output has declined over the past year, Powell said. "Sluggish growth abroad and trade developments have been weighing on those sectors," he said.

Over the 12 months through August, overall inflation and inflation for items other than food and energy are running below the Fed's 2 percent objective, the Fed chairman said, noting that total personal consumption expenditures (PCE) inflation was 1.4 percent and core inflation was 1.8 percent.

The U.S. economy expanded at an annual rate of 1.9 percent in the third quarter of the year, slightly lower than the 2-percent growth rate in the second quarter, the Commerce Department reported earlier on Wednesday. This marks a further deceleration from the first quarter's 3.1 percent growth rate.

Two members of the 10-person committee voted against the decision to cut rates. Federal Reserve Bank of Boston President Eric Rosengren, and Kansas City Fed President Esther George "preferred" to maintain the target range for the federal funds rate at the previous level.