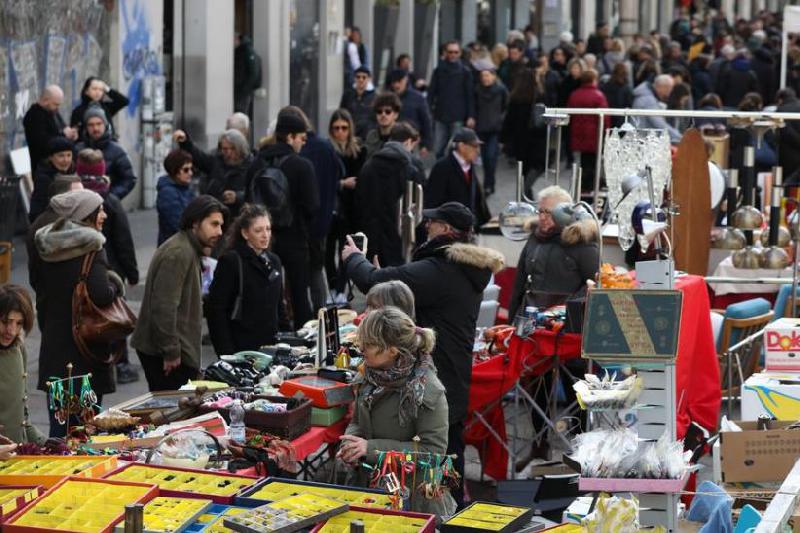 The European economy is in its seventh consecutive year of expansion, but the bloc now "looks to be heading towards a protracted period of more subdued growth and muted inflation," the commission said in a statement.

"The external environment has become much less supportive and uncertainty is running high. This is particularly affecting the manufacturing sector, which is also experiencing structural shifts," it said.

The commission said trade tensions between the United States and China and high levels of policy uncertainty, especially with respect to trade, have dampened investment, manufacturing and international trade.

"With global GDP growth set to remain weak, growth in Europe will depend on the strength of more domestically-oriented sectors," it said.

Vice President of the European Commission for the Euro and Social Dialogue Valdis Dombrovskis said the bloc would face "troubled waters ahead," including "a period of high uncertainty related to trade conflicts, rising geopolitical tensions, persistent weakness in the manufacturing sector and Brexit."

Top euro zone officials earlier said Germany and the Netherlands, which run budget surpluses, should invest more to help boost economic growth in their own economies and throughout the euro zone.

Dombrovskis said he "urged" all member states with high levels of public debt to pursue prudent fiscal policies and "member states that have fiscal space should use it now."

"All policy levers will need to be used to strengthen Europe's resilience and support growth," European Commissioner for Economic and Financial Affairs, Taxation and Customs Pierre Moscovici said.