China's largest oil and gas producer's profit down, sales up 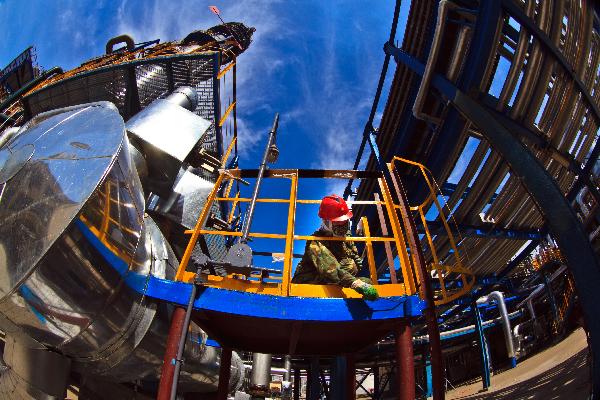 During the January-September period, the company raked in total revenue of 1.81 trillion yuan (about 256.9 billion U.S. dollars), up 5.1 percent year on year, according to the CNPC's report filed to the Shanghai Stock Exchange on Wednesday.

Net profits attributable to shareholders during the same period dropped 23.4 percent year on year to 37.25 billion yuan, the report said.

"The decline was due to the downward trend of the international oil price and fierce competition in the domestic market," the report said.

CNPC shares on the Shanghai Stock Exchange dropped 0.83 percent on Wednesday to 5.98 yuan.