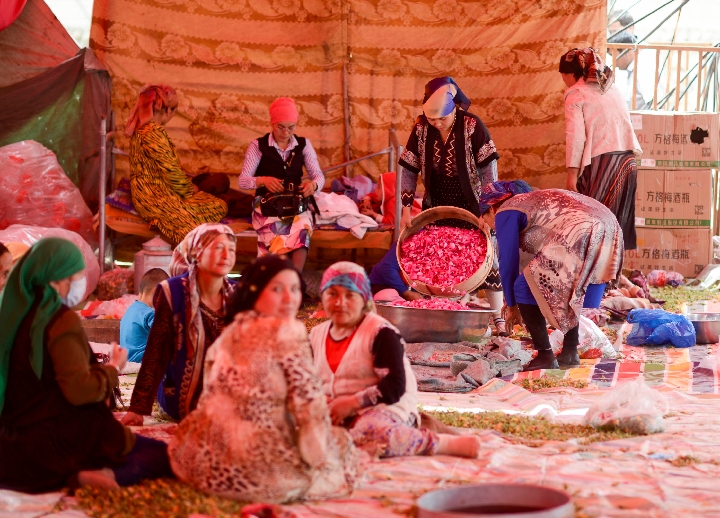 Four prefectures in southern Xinjiang launched nearly 1,900 projects by the end of April, among which 1,387 were launched in 22 counties with extreme poverty, and most are expected to be accomplished between September and October, and local impoverished residents will benefit from those projects this year, said Chen Lei, a spokesperson for the office.

To encourage more officials and residents to engage in poverty alleviation projects, thousands of training sessions focusing on the comprehension of poverty relief policies and its implementation have been provided, according to Chen.

The region has also conducted reviews and supervision of projects implemented.