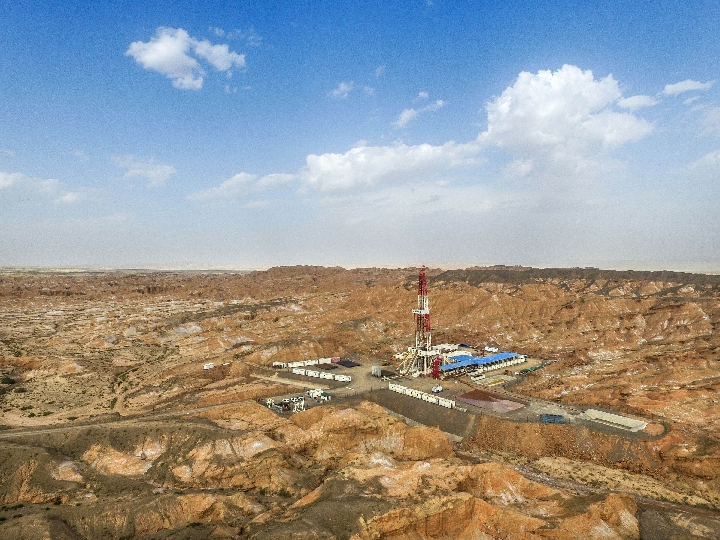 URUMQI, May 30 (Xinhua) -- The Xinjiang branch of PetroChina, China's largest oil and gas producer, said Thursday that they had sped up the exploitation of shale oil in a large deposit this year.

The Xinjiang Oilfield Company said they had drilled 47 wells in the Jimsar shale oil reservoir, containing about 1 billion tonnes of oil, this year, with eight wells already completed.

The company plans to drill nearly 100 wells in total.

A high-yield well was discovered in the reservoir in 2012, and the oil reserves were ascertained in 2017.

According to the company's development plan, the Jimsar shale oil reservoir will produce 1 million tons of crude oil in 2021, and 2 million tons in 2025 and keep stable production for nine years.