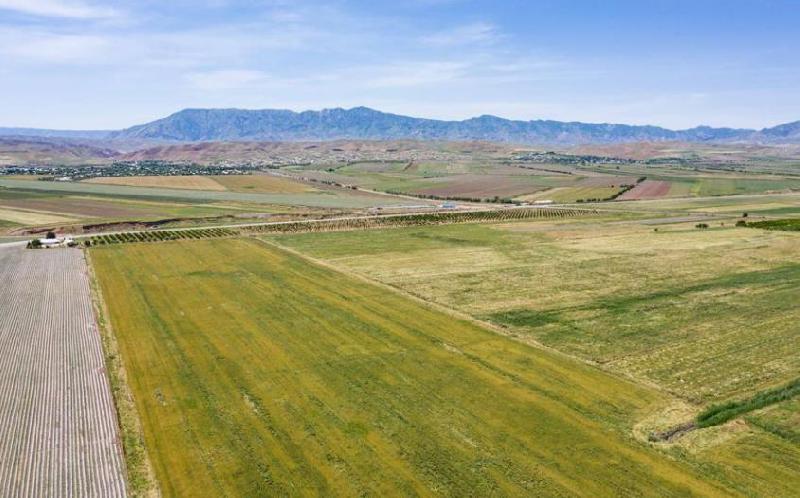 His special relationship with Zhongtai started three years ago, when Zhongtai made an exception for Vahit and bought a batch of his cotton that had been soiled in a truck accident. Deeply touched by the generous gesture, Vahit has decided to prioritize his business with Chinese companies ever since.

This is an epitome of Zhongtai's people-oriented development plans.

Founded in the Dangara District of Tajikistan's Khatlon Province in 2014 by China's Zhongtai Group and Xinjiang Production and Construction Corps, the company, with vigorous support from the Tajik government, aims to build a modern cotton industrial base which helps boost the economy and improve local people's livelihood.

Zhongtai has a reason to be confident in its growth, considering that a suitable climate with adequate light and heat enables Khatlon to produce one of the best cottons in the world, and its potential has yet to be fully tapped.

With more than 13,000 hectares of cotton fields provided by the Tajik government, Zhongtai has introduced advanced technologies from northwest China's Xinjiang Uygur Autonomous Region, which substantially increased the annual output of cotton in the area.

Under the scorching sun, sweeping green cotton fields stretch far off to the mountains in the distance. Irrigation pipes neatly aligned across the fields are watering the cotton branches, in preparation for the harvest two months away.

"We have not only enhanced cotton planting technologies, but also promoted the cotton and textile industrial chain and helped Tajikistan expand its overseas market," said Zhao Jianlong, head of Zhongtai's general management department.

After the first and second stages of its project went into operation, Zhongtai has set up an industry chain of cotton growing, ginning and spinning, which is "one of a kind" in the Central Asian country, Zhao said.

At present, the company produces 150,000 spindles of yarn annually, accounting for 80 percent of Tajikistan's total spinning capacity. Its products are exported to various countries including Turkey, Russia, Italy and Poland, making it the largest exporter in Tajikistan in terms of foreign currency earnings.

The Zhongtai project is a symbol of strengthening cooperation between China and Tajikistan in recent years. As Tajikistan's biggest investor and a major trading partner, China has invested in many large industrial enterprises or projects in the country, bringing high tax revenues and a large number of jobs to local people.

Currently, the Zhongtai project has nearly 600 Tajik employees, who have either learnt their skills at the company or participated in training programs in China.

It is known to locals that the incomes of Zhongtai's employees are even higher than those of local civil servants and white-collar workers, which has attracted many applicants.

Standing in front of a row of cotton-spinning machines in a spacious textile workshop, Sharipova Shifo, a single mother of two children, recalled her memorable four-month training experience in China as an employee of the company.

"I liked the cities in China! I learnt how to work at a textile factory there. When I returned back here, I work as a specialist and I know all the equipment ... I love my job and I have a good salary," she said.

"The textile factory has an excellent reputation here. In addition to the locals, many people from other areas have come here expecting to become employees," said Navruzchon Khabib, the company's interpreter and a core member of its technical personnel.

Though jobs at the company are in short supply at the moment, thousands of locals are expected to be hired after the final stages are put into operation, Zhao said.

In support of the project, a number of universities in Dangara have set up textile training courses to cultivate more professionals in this field, while factories in the region provide maintenance and repairs for Zhongtai's equipment.

The following stages of the Zhongtai project are scheduled to be completed and put into operation by 2021, when the industry chain will be upgraded into an entire integrated process involving factories for weaving, dyeing, and clothing manufacturing.