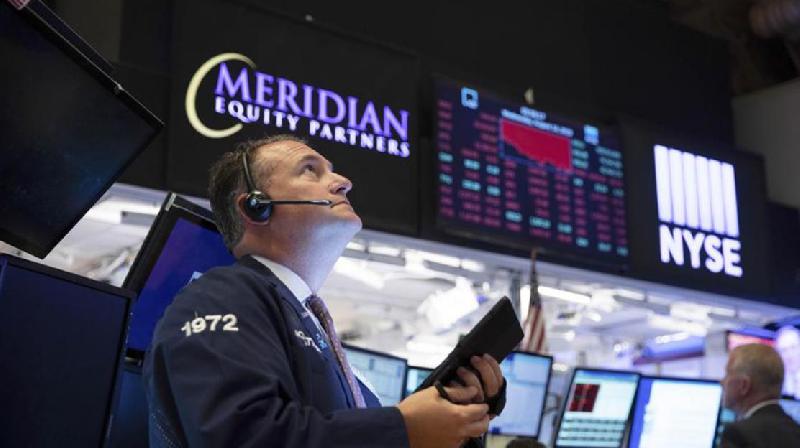 All of the 11 primary S&P 500 sectors traded lower around market closing, with the energy sector down nearly 4 percent, leading the losers.

The financial sector was also among the worst performers, pulling back around 3.4 percent, as major bank shares, sensitive to interest rates, extended losses, including Bank of America, Citigroup and JP Morgan.

Shares of Macy's plunged over 13.2 percent, after the U.S. department store chain reported second-quarter earnings below market estimates. The retailer also cut back its profit outlook for the full year by 20 cents.

The bond market flashed worrying signals over a looming recession on Wednesday, as the yield of the U.S. 10-year treasury note broke below the yield of the 2-year bill at some point, marking the first time in 12 years.

Yields of the U.S. long-term and short-term treasury bills all pulled back on Wednesday. Market jitters drove the 30-year treasury bill yield to strike an all-time low of a bit over 2 percent, fueling panic over the health of both the United States and global economies.

The Cboe Volatility index, widely considered the best fear gauge in the stock market, surged 26.14 percent to 22.1 on Wednesday.